The application was created out of curiosity. I wanted to test the iOS platform and also Objective-C which both were new to me at the time. I also remember like 60% into the project there was a new pool-based memory management introduced (or pushed towards really), and thus the iBean.old folder in the repo.

I used the app myself for many years and so did my wife as well, so in retrospective it was an interesting and good journey to take.

After some years I decided to take the application down since I no longer had any interest in paying the Appstore fee, but the application had spread quite a bit and doing so all by its own.

Stats before taking it down (most frequent downloads at top):

Most importantly: I don't remember receiving a single crash report, so it must have been rock solid. :-)

Some information about the application (mostly derived from old posts)

In short: An app that enables you to keep track of your extractions and lets you focus on the harder variables such as pressure, temperature etc.

A simple smartphone/tablet app which enabled the user to keep track of some of the most important variables (or at least the most easy ones to control) for extracting espresso. Focus for the app, design-wise, was to keep it functional and easy following the KISS (Keep It Simple Stupid) principle.

iBean allowed the user to;

The application was constructed from the requirements I had been collecting from my years of espresso extraction at home. 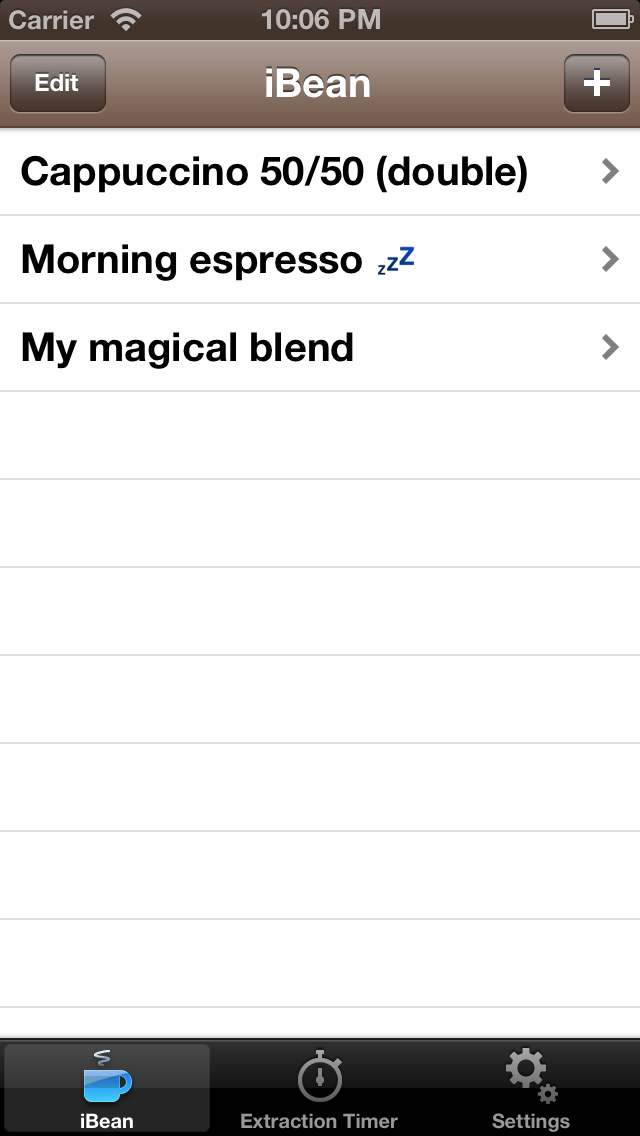